Longtime readers will know the name PTHYCRPG from his contributions to SOSAKOnline over the years. Some of you will also know him as Rick, and possibly even know that like myself, he's a Canadian SAK collector who does some work with the Canadian Rangers. 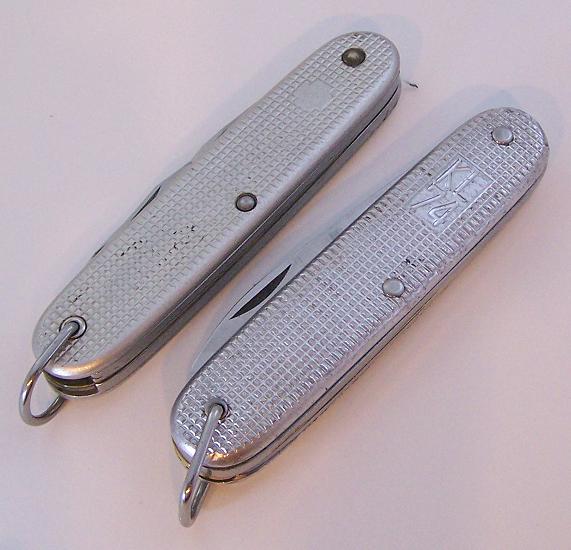 What you may not know is how great and generous a guy Rick is. He has sent me a number of SAKs over the years, including the famous yellow OSCE knife, and the 65th Battalion knives shown in another article this month. He has also, unknown to me until recently, for 1974 Soldier knives for me. You can imagine my surprise when I opened a package from him containing this beautiful AMEFA KL74 Dutch Army Knife! I wasn't even aware that such a thing existed until I got word from Rick that he had it and needed my address to send it to! It's noteworthy to point out that for the longest time I never expected to see a knife form my birth year as Wenger models are always more difficult to find than Victorinox versions, and 1974 was one of the few years that Victorinox didn't manufacture any Soldier knives.

The KL74 is a fascinating knife, and very much different from my 1974 Wenger, although that's understandable considering they were each manufactured for different military organizations. As usual with DAKs, the date stamp isn't on the tang, but on the scale, and the KL identifies it as a military issue knife. 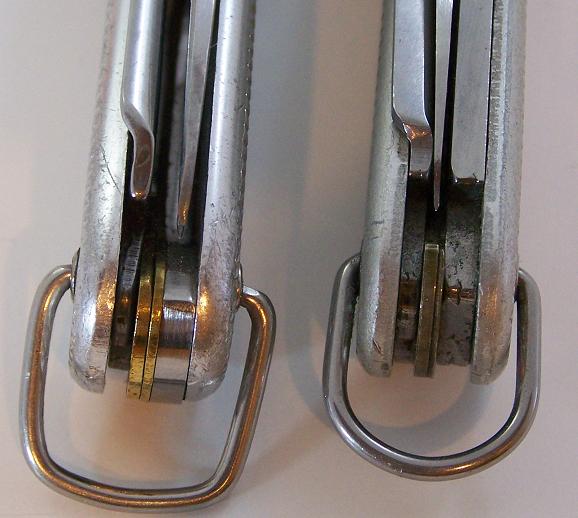 Opening it up you see that it doesn't have a can opener, and is actually built quite differently from Victorionox and Wenger models of the time. Rather than the blade sharing a layer with the awl, and the can and bottle opener sharing a layer, the blade is in it's own layer and the awl and bottle opener share a slot. For one familiar with SAKs, it appears that there's a giant open spot where something else must have been initially built into it, but closer inspection shows this isn't the case. The blade isn't “twisted” like Victorinox or Wenger blades, and so there actually isn't adequate space for a can opener, nor is there any broken remnants or jagged edges to show that there may have been something there at one point. 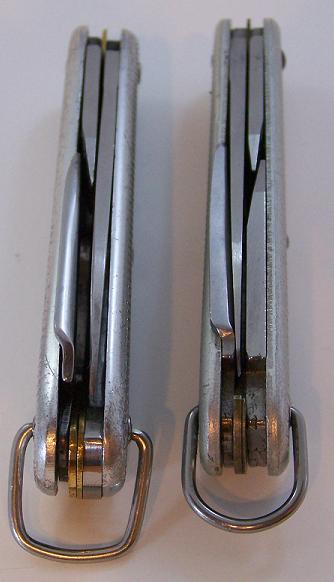 Given the choice to have a can opener or bottle opener I have to wonder why they decided to keep the bottle opener- does the Dutch Army drink more than they eat? I would have thought that the can opener would have been more useful, but I suspect it has more to do with the larger screwdriver, which likely works better for maintaining the issue rifle than the smaller one on the can opener.

While it may not be up to the same standard of excellence that Victorinox or Wenger have set, this knife will always have a special spot in my collection as a birth year SAK. It's no doubt got a lot of history behind it as the wear on it shows, but it was well looked after over it's 35 years of service, and is ready for the next 35! If only this knife could talk... !