Way back in November of 2009 I was excited to receive three Wenger Sport Knives- the Snowboarder (also known as the Shredder), the In Line Skater and the Soccer knife.  Now, thanks to a member in Australia (same one who sent me the Aussie SwissTool) I have a Wenger Skier to add! 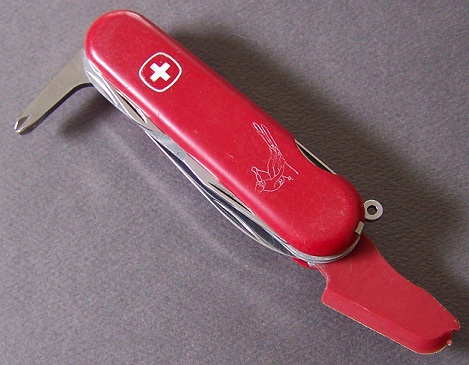 There’s not much info on this knife at SAKWiki.com which is unfortunate, but it does list this as a “...hard to find, discontinued Wenger model made for the Skier sports enthusiast.”  While I’m not an avid skier (plus it’s summer here!) and therefore can’t comment on the usefulness of this knife in a real, user situation.  I can however go into the details of the knife, as it seems to me many more of these are likely to be considered collectibles rather than users these days. 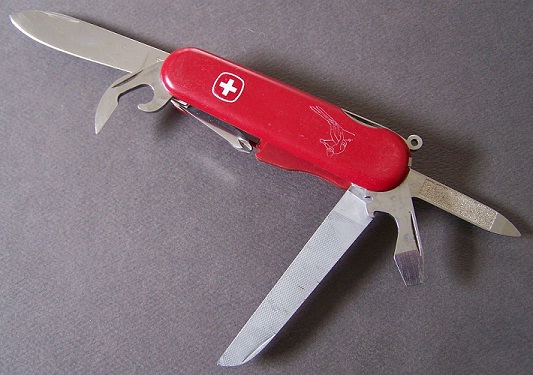 With that said, it appears that the scales on the knife I have are quite well worn, so I must conclude that this one was at least carried for a while and used sparingly- possibly spent its life in a bag full of ski equipment?  I’ll never know, but the internal components are clean and only show minor scratches and other signs of use- a significant difference from the scales with the skier relief almost worn off.

As with many specific interest tools this knife starts off with the usual Wenger fare- a main blade, nail file, can opener, bottle opener, corkscrew and awl which are all good tools to have regardless of the activity.  There is also a metal file, although I’m not certain I see the benefit of that for skiing, but then, as I said, I am not an avid skier. 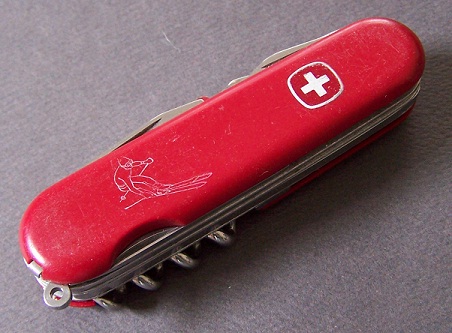 The middle layer is the most interesting though, and what differentiates the Skier from other models.  There’s an in-line Phillips driver and a plastic blade tucked inside.  While the Phillips is a general use tool that has lots of function in day to day life, the plastic blade is fascinating, and I believe it’s for scraping excess wax off skis- it is extremely robust and at a comfortable angle for scraping, but of course if any skiers out there have any better info, I invite them to send it along to me and I’ll be happy to publish the details. 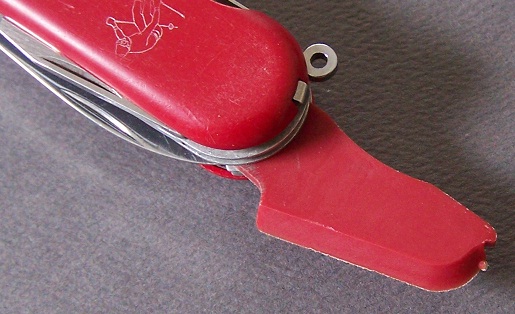 For me however this one is going into the collection to be looked at and played with from time to time, but likely never to be used for much.  If the scales are anything to go by, this knife has earned it’s retirement!